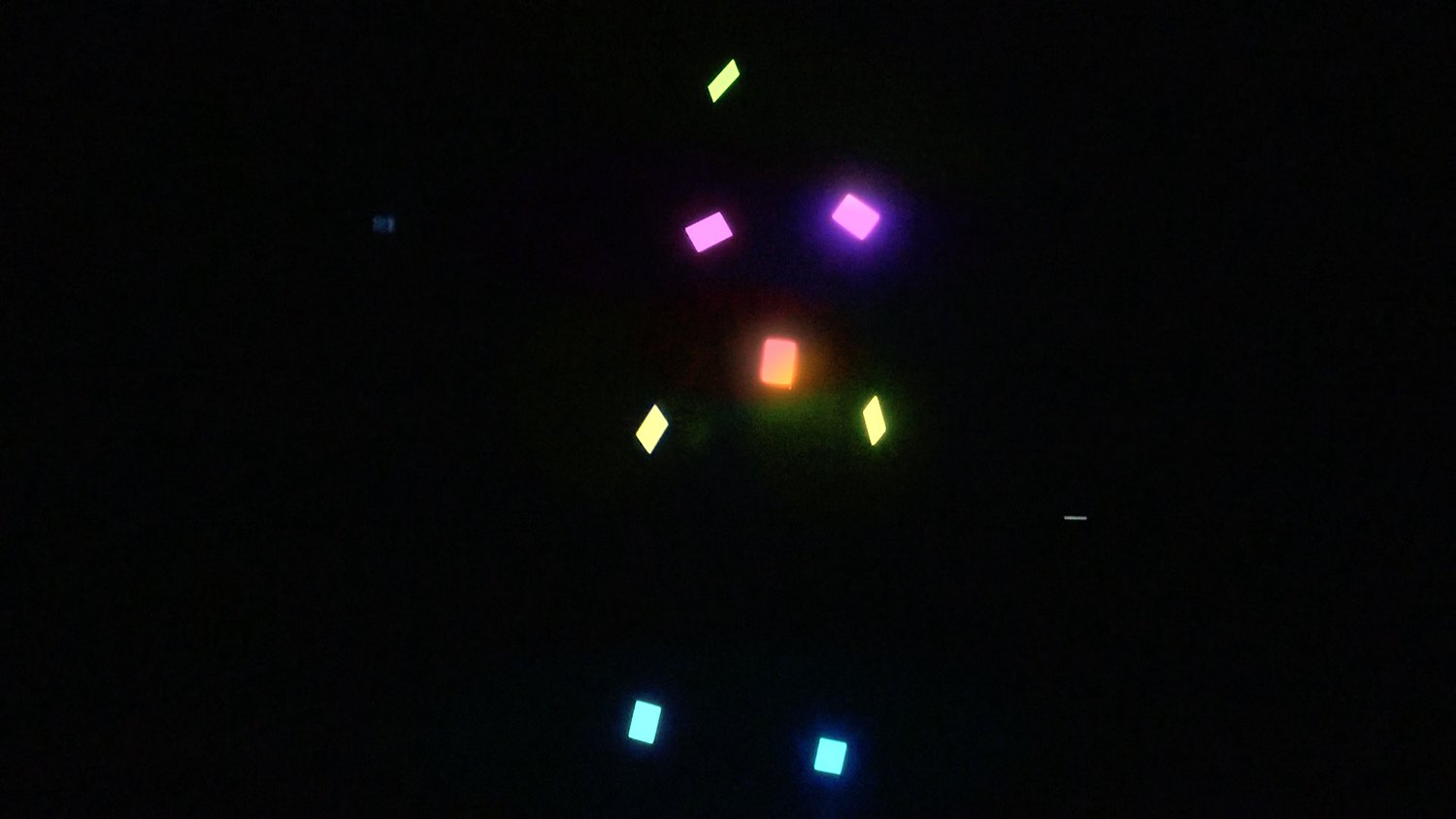 Ovid's ‘pygmalion’ redefined - a body in morphogenesis. A solo performance, where the dancer is using digital, visual, sensory sonic and also material interactions to create a corpus of images and generated sounds.

“Corpus” is about the moving body as a visual and acoustic phenomenon. It reveals only the least necessary to create a visual and sonic poetry, which gives the viewer space for imagination.

The dance has three parts as a trilogy: The performance begins with an invisible body, dancing in a interactive kinetic light costume. In the second part the dancer is feeling and filling another’s body skin. The dancer’s own skin is partially exposed inside a cocoon of the third part. The cocoon tears apart, the dance concludes with elements of the first parts, where dance become a entirely acoustic remembrance of a past dance, concluding a circle of mediated sensational events.

“Corpus” is a collaboration project, which started 2011 at the Center for Art and Media ZKM Karlsruhe, Germany.

Chris Ziegler is a director, digital artist and architect. Currently he holds a position teaching Interactive Media at Arizona State University (ASU) in USA where he is researching Immersive Environments on stage.

Unita Gay Galiluyo born in Pasay, Philippinen. She is a classically trained dancer, performing at the National Company des Ballet Philippines and in contemporary dance companies in Germany.

Hugo Paquete (b 1979) Matosinhos, Portugal is an Intermedia and sound artist, currently working on a PHD in Music Science - Music as Culture and Cognition at Universidade Nova de Lisboa.

There is a Q&A after the second performance.