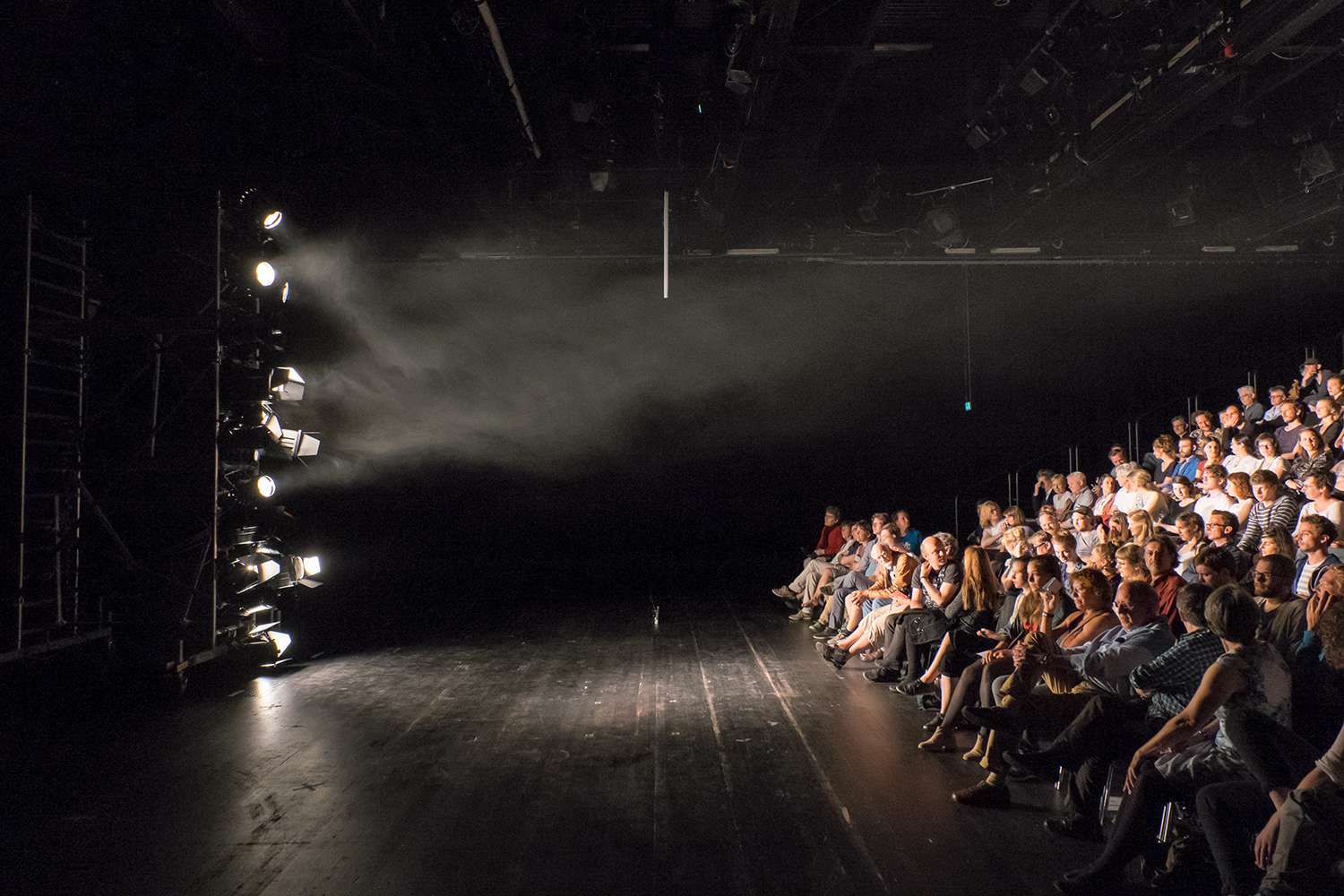 Gregor Glogowski, Alisa M. Hecke and Benjamin Hoesch came together at the Institute for Applied Theatre Studies in Giessen, Germany where overlapping scientific and artistic reasearch motivated their project-based work. In their work they combine elements of Performance, Sound-Art and space-based Installation. Their first work FLIMMERSKOTOM toured in Germany and was invited to the Körber Studio for Young Directors in Hamburg 2015, the Radikal Jung Festival in Munich 2016 and the TONLAGEN Festival in Dresden 2016. Furthermore, they curated and organized the DISKURS - Festival on Spatial Arts 2015 in Giessen.