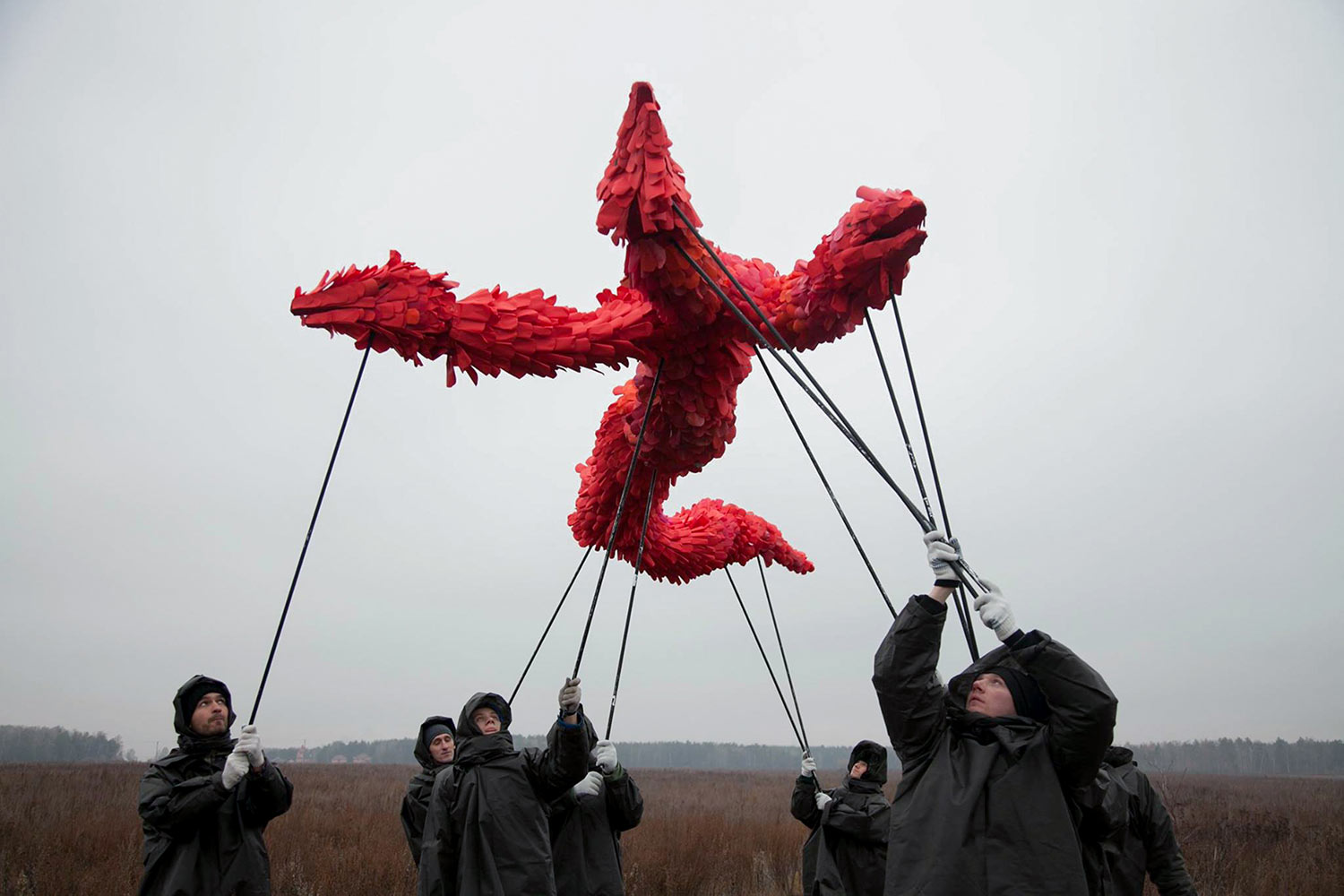 This performance - walk refers to a street theatre, a parade. Spectators watch and accompany the Dragon on his journey. Our performance explores the integration of the Russian epic character from the world of fantasy in everyday life. We are studying the question: “is there a place for the miracle in the life?” In the performance, there are two main characters: the three-headed red dragon as a symbol of magic. A black man catching the dragon - a symbol of doom. The action takes place in the outdoor area. During the walk, the Dragon leaves the small flakes of the same color as part of his soul. Thousands of red pieces of paper fly when a fairy tale faces reality.

“The fifth floor” is a collaboration of three stage-designers graduated together from the Russian University of Theatre Arts. Since university times we have been creating theatre and video performances, installations and other works. We value visual aesthetics and tend to transfer this idea into our artworks.